Raising the roof in the 80's

The Westin Building's success is simply the woven elements of timing, market conditions, deregulation, vision, and good fortune. It was in 1980 when four equal partners representing the distinct roles of land owner, builder, financier, and anchor tenant came together to build a 34 story office building just on the outskirts of Seattle's central business district. Upon move in day, which was during the summer of 1981, 70% of the building was leased that included floors 4 through 15 for the Westin Hotels as the anchor tenant.

A few months after the ribbon cutting ceremony, some very unique companies were knocking on our door. It turns out that our building height, roughly 420 feet, and uncluttered rooftop were ideal for microwave dishes needing line-of-sight connections to augment land-based network connectivity. Southern Pacific Communications, a subsidiary of Southern Pacific Railroad and later evolving into Sprint, had laid fiber alongside the railroad tracks for their internal communications and needed microwave connections in order to fill some gaps in their connectivity. At about the same time, a regional company, Western Telecommunications Corporation, Inc., needed Microwave line-of-sight locations as well, as they needed to interconnect with the Alaska telecommunications company, GCI. So these three companies were the very first that landed in our building, putting a welcome dent in our remaining available office space as well as sparking the concept of rooftop revenue centers.

Deregulation Was Good To Us

Little did we know that a judicial decision was being made nationally that would forever change this building's destiny, and that was the forced divestiture of AT&T. With the deregulation of AT&T and its initial break up into the 7 "baby bells" came much competition for the local and long distance market. Part of the stipulations for the deregulation was that the baby bells provide equal and fair access to new competition. And so US West was very accommodating when asked to bring connectivity into our building which birthed our first "meet-me-room" on a common floor where a half dozen companies could meet in the same room, connect and hand off traffic to each other.

The Westin Building was obviously named as part of the anchor Tenant requirements but through acquisitions, the Westin Hotels' global headquarters located elsewhere, however, the name remained with the building. Their relocation and resulting vacancy was fortuitous, as the line of competitors' to baby bell US West was long, and they wanted to install their equipment in the Westin Building next to GCI, Sprint, Western Telecom and meet them in the new 19th floor Meet-Me-Room.

As we were seeing a plateau in the Telecom growth in the mid to late 90's, we experienced another phenomenon in the data world: the exponential growth of the internet. This spawned a whole new customer base of ISP's who also needed presence within our building in order to place their equipment and pass traffic to one another. Early on we decided that, similar to the gold rush era, there was a financial benefit to simply being the best "outfitter" possible as opposed to competing with the providers. The combined growth of the telecom and internet-related companies was so substantial that the minority telecom and data com carrier community within our building soon became the majority growing from 30% of our space occupancy to now occupying 70% of our 34 story building. Somewhere along the way we unwittingly joined the ranks of other "carrier hotels" who were responding to the market as we were. Today, you'll have to travel as far south as San Francisco and east as Denver to find the next carrier hotel with a similar carrier/service provider concentration. Given our location in the Pacific Northwest, we are a natural link to Canada, Alaska, and all of Asia along the Pacific Rim.

Because of our strong reputation for our ability to ensure that our customers' services keep running smoothly, we have also become a desired location for a variety of industries that are sensitive to down time and not necessarily needing multiple carrier and service provider connections.

Now, with over two hundred telecom, internet, and service provider companies located within the building we become a natural and desirable location for those industries that require "hyper" connectivity as part of their service delivery requirement such as gaming, video streaming, social networking and as of late, a wide variety of cloud service providers. The cloud-based services model is now mainstream covering a wide variety of consumer options and extending well beyond the initial storage and compute entrées that birthed the cloud concept. Inter-connectivity is now more important than ever with millions of "handshakes" taking place on our 19th floor every single day.


Will the Next Ecosystem Please Stand Up?

For 32 years, we've been known as The Westin Building, the carrier hotel for the Pacific Northwest, while hosting such ecosystems as the Seattle Internet Exchange and the Pacific Northwest Giga PoP. Realizing that we ourselves are an ecosystem of sorts where information is exchanged, we decided in 2013 to rebrand The Westin Building as the Westin Building Exchange. We believe this more accurately defines who we are and where we are going. We will be ever evolving those primary elements that contribute to our uniqueness to become increasingly relevant in today's interconnected world embracing the "IT of Everything." 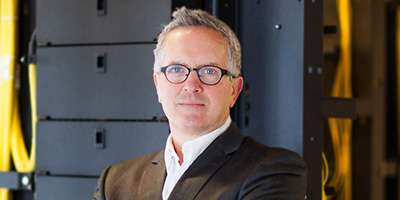 Kyle has been at the helm of this enterprise since 1998 when there was no blue print for building an internationally known carrier hotel. During Kyle's management of this 34 story 400,000 square foot office building, the tenant mix has shifted from 30% data center occupancy to 70%. He'll be the first to tell you that we're just getting started. 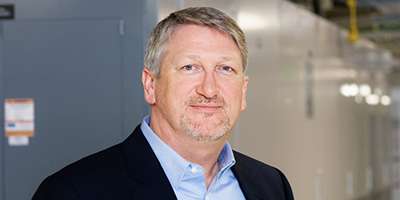 When Lance came our way in 2000, fresh from a 20 year career in the Submarine Force, we were in the middle of accommodating the internet explosion. By spending the majority of his 20 year career on a nuclear submarine, he was able to bring an in-depth knowledge of critical environments and the required program management criteria to operate the most essential of infrastructure systems in the most extreme environments. For 16 years now Lance has directed all aspects of our operations during the most pivotal time in our history, developing an operational program that is unique among all other carrier hotels. 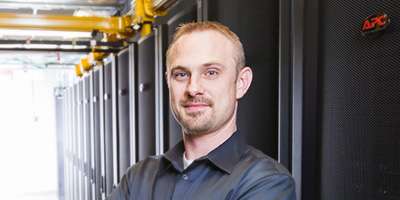 Ultimately responsible for all operational aspects of our co-location facilities and Meet-me-Rooms, Jason relies on an outstanding staff along with his "been-there-done-that" experience. There still exists many well-groomed cabling fixtures throughout the building that was Jason's handiwork back in the day while earning his RCCD distinction. 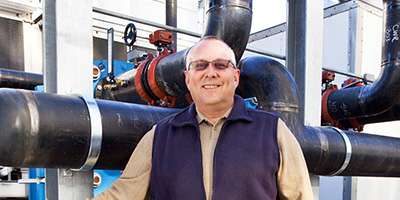 For much of his 20 year Navy career, Dean was responsible for the critical systems within nuclear submarines. His years as a Chief Petty Officer provided the skills needed when joining the Westin Building team in 2001. The figures astound when recalling the amount of capacity expansion that has been designed, built, and maintained under his direction. Dean transitioned to the role of Project Director in 2013 where he is responsible for all capital projects. 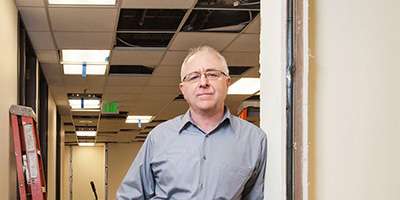 No one knows the Westin Building better than Steve. Since 1986 he has been involved in every aspect of construction within the building. Today you'll find Steve managing multiple construction projects while working with structural engineers and cranking out a revised AutoCAD rendering of a cage configuration. With a plotter in his office, surrounded by Gantt charts, a hard hat on his desk and gypsum dust on his shoes, Steve's got us covered where construction projects are concerned. 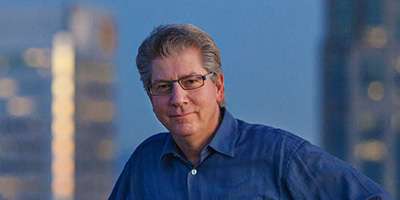 Having spent 25 years in the greater Seattle telecom and data center market, Mike's customers were integrating with the Westin Building even before it was deemed the carrier hotel for the Pacific Northwest. Tasked with further developing WBX's Tier 1 carrier community, eco systems, and advanced services, Mike is continually looking for the Westin Building's Next Big Thing.